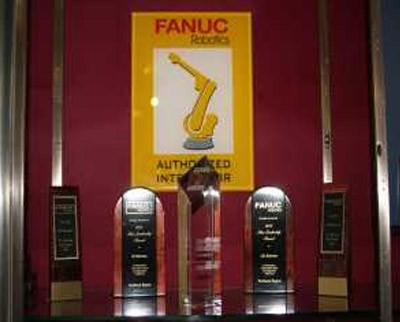 JH Robotics was awarded the Sales Growth Award for 2011.  This award is presented at the annual FANUC Robotics conference in Orlando, Florida.  John Hartman, CEO of JH Robotics accepted the award on behalf of the JH Robotics Employees and appreciates the input and support from FANUC Robotics.  This is the fifth award JH Robotics has recieved from FANUC in recognition in its sales achievments in robotics.  JH Robotics is proud to be a long standing Authorized Integrator for FANUC Robotics.

Back to News Room